It’s time for a little year-end housekeeping. With all of the top lists being created regarding the previous year, we couldn’t help but join in with a top list and a review of everything we’ve done so far. Here are our top six posts that we like.

Aaron Traffas, CAI, ATS, CES is the author of AuctioneerTech

Here is our year in review, with a summary for each month. Don’t forget that you can always go straight to the posts for any given month using the links in the side bar on the right.

July
While the site launched in September, we cheated a little bit by scraping from other sources and populating it with a few related posts made previously on the NAA discussion forum as well as aarontraffas.com. We covered the NAA forum, Ubuntu Linux, and PDF tools, as well as mentioned hosted exchange, some other email clients and Google Apps. We touched on how Internet Explorer is a great browser so long as it’s fully patched. We talked about how while Windows Vista is slower than XP in speed, it’s superior to XP in many ways that count such as security, stability and forward compatibility.

August
We  only scraped one post for August, and that was a short post about Flash and website usability. We dove much deeper into the topic with a series of posts in November.

September
The site launched on September 8, but September 2 featured a scraped article from aarontraffas.com about the release of Google Chrome, which held our attention for a few weeks until we went back to Firefox and Opera. We covered OpenOffice 3, noted that eBay is declining and only accepting Paypal, and had the first article about auctioneers. We discussed advertising for Internet only auctions and Apple’s new iPods, as well as evangelized about Secunia, Twitter, and Skyfire. We migrated from one laptop to another and showed how MozBackup and Belarc Advisor help make the process easier. We examined how phpList makes bulk email list management easier for auctioneers and we also had two posts about PDFs showing that you should use them sparingly and never use Adobe products when the alternatives are faster and cheaper.

September saw the first five Auction Podcasts as well as the listing of the series within the podcast section of iTunes. The episodes were based generally on content from existing posts on AuctioneerTech. There was the primier on advertising Internet only auctions, a tech roundup covering several shorter posts, and podcasts covering PDF and phpList.

October
The first post in October was one of celebration after finally figuring out how to prevent the nasty screen flickering found when using an external monitor on some laptops loaded with Vista. While we were talking about multiple monitors, we showed how Synergy can be used to share your mouse between multiple computers, not just multiple screens. We noted and showed examples of how auctioneers are using WordPress for auction sites and described in depth the new Auction Technology Specialist designation offered by the NAA.

A new resource list was created that is an ongoing project listing all companies and providers involved with auction clerking, cashiering and Internet bidding. We showed how OpenDNS makes the web faster and safer, and how Google Adwords allows auctioneers to find a very targeted audience in a very short amount of time. We announced a critical security update for Windows and explained the importance of keeping your data encrypted while showing how Truecrypt makes it crazy-simple to do. For collaboration needs, we talked about how UStream makes it easy for auctioneers to broadcast video of events for free and how ShowMyPC and LogMeIn make Internet meetings free and much more simple than other expensive solutions such as GoToMeeting or WebEx. For those auctioneers who want to be a little geeky, we gave away the secret to a free education at W3 Schools. 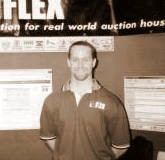 We got geeky with files and talked about how 7-zip is the best compression utility and how a Drobo will let you sleep at night. We broke a story about AVG flagging one of the files in Adobe Flash as a virus, and we’re still getting several visits each day to the website from users searching for information about flashutil10a.exe.
Toward the end of November,we launched a series of discussions on what could go in an RFP for an auctioneer looking to build a new or redesign an existing website. Thanks to our friend Rob Spectre for posting some additional topics. We repeated that it was easy to use Google Docs to build simple web forms and wondered aloud if having auctions on Black Friday was a good idea. 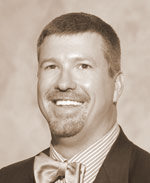 November saw the Auction Podcast shift from being rehashed content on a separate page to new content included on the main page. November’s podcasts included an interview with Darron Meares of Meares Auction Group, a show on how open source software makes life easier and reduces expenses on software, and a controversial episode explaining that in many cases if you’re shipping auction items you’ve failed in marketing.

December
We continued our discussion about RFP ideas with some notes and comments about accessible websites. We looked from a marketing perspective at the importance of never using letters in advertised phone numbers, making sure an auction website had the upcoming auction calendar front and center with thumbnails, and ensuring that video is distributed properly. We also emphasized how important it is to be careful when browsing, and showed that Firefox users can browse freely and safely when running NoScript.

There were some interesting ideas covered such as Mahalo’s introduction of human-powered answers, as well as a New York auctioneer offering to negate the buyer’s premium in exchange for prepaid transactions. The National Auctioneers Association released the NAA Newsroom and Auction Answers and some dude royally ruined an auction by the Bureau of Land Management. Purple Wave released a new twist on the Internet only bidding model, a grouped extension feature that extends the entire group if a bid is received in the last few minutes.

The final Auction Podcast of 2008 covered dual agency with regards to absentee bid implementation. The final posts of the year included articles on letting your computer help science when you’re not using it, using Foxit Reader’s new typewriter tool to write on PDFs for free, and using Mint to automatically track your finances. We thanked you for racking up over 1000 listens to the Auction Podcast and encouraged you to go vote for the coolest tech of the year.

Going forward
It’s been a great four months; thanks to everyone for the kind words. Thanks to all of you who have left comments or feedback in response to articles or other comments, your participation is immensely valuable. Thanks to the guests who have been featured in podcasts and thanks to the guests who have already committed to podcast appearances in 2009. Have a safe and happy New Year’s Eve. We’ll see you next year.