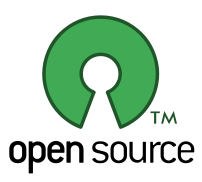 One of the reasons AuctioneerTech exists is to make life easier for everyone, including auctioneers. One of the ways this goal is accomplished is by reviewing software that performs a novel or important function. Most of the software covered is open source, and in this episode, we’re going to discuss open source software, explain why it doesn’t necessarily mean free software, and argue why there is an imporant difference.

What is open source?
At the heart of all software lies a programming language. For web programs like phpList, WordPress or Gallery, this language could be a scripting language like PHP or Perl. For programs on your computer, like Notepad++, OpenOffice or the GIMP this language could be Java, C, Visual Basic or .NET. There are many, many more. For programs on your computer, for the most part, they have to be compiled before they are executed. That simply means that a program reads the source code and produces an executable program that your computer can understand.

The concept of open source derives from the user having direct access to the goods and knowledge of a product. What this concept means for software is that you, as a user, can acquire the source code and read it to see exactly how a piece of software works. What this concept means for hardware like routers is both that you can install your own software or firmware on the device to chance its functionality as well as access the design schematics and plans to make changes to produce different devices.

Now, before you start with your email client or the feedback form on the website to tell me how this is another netcast that is too technical, let me say that we’re pretty much done with the complicated part. I think it’s safe to assume that noone listening to this podcast, nor I would argue the vast majority of users of open source software, has any interest in changing or modifying in any way the source code for any software. What we’re interested in is the other aspect generally found with open source software, the price.

Open source is free, but some of it costs money to buy or use. To understand this concept, we look at the difference between the latin words gratis and libre. In English, we use free for both of these terms, but there really isn’t a word to distinguish between free as it relates to liberty and free as it relates to not costing anything. Because of this, the open source movement has adopted the two phrases free as in speech and free as in beer as way to concisely describe the concepts behind the two uses of free.

Free, as in beer, software serves a purpose. It lets us perform tasks that would otherwise be significantly expensive. Most of us initially turn to open source software because we’re looking to get away from paying for Microsoft Office or Photoshop, for example, and we turn to OpenOffice and the GIMP, respectively. Neither OpenOffice nor the GIMP costs any money, but neither is very easy to modify as ameteur programmers.

Free, as in speech, software also is important. Commercial open source products, such as KnowledgeTree document management and SugarCRM customer relationship management, allow access to the source code but have a fairly high monetary cost. Most of these commercial open source products offer a free, community-supported edition that works for non-commercial applications and offer a premium business product to companies who can pay for support and advanced features. The advantage is that you can purchase a piece of software and hire someone to make customized changes to that software so that it works better for you. You can’t make changes to proprietary software like Microsoft Office because the source code simply isn’t available.

The one other distinction that’s important to make is that there is proprietary software that is free as in beer. Products such as Google Picasa and the Opera web browser fall under this category. The advantage of this approach is if you can monetize your product through alternative means to outright purchase price such as advertising, and an increase in product adoption caused by offering it for free means an increase in revenue.

There are a couple of places you can go to find open source software that performs a specific task or serves as an alternative to your current proprietary solution. Two sites I frequent are sourceforge.net and osalt.com. SourceForge serves as a repository, or central storage and meeting place, for a large open source development community. There are thousands of products there that can be downloaded or  discussed. osalt.com, which is short for open source as alternative, provides simple comparisons of software by function. For example, when I look up the commercial package Steinberg Cubase, a popular multi-track music editing package, I see that the open source Cubase alternatives are Rosegarden and Ardour. When I look up the open source finance application GnuCash, I see its commercial equivalents listed as Microsoft Money and Quicken.

That’s it for episode eleven. I’m sorry I’m running a little behind with this episode; things are a little hectic in my world. I’m going to try to have another episode ready to release next week while I’m in Baltimore for the Auction Technology Specialist course.

One change I’d like to note is that the podcasts and their transcripts will now be included on the main page of the website. They will still be available on the auction podcast page, but I think the content is also appropriate for inclusion in the main feed.