Auction Podcast Episode 12 – If you ship, you fail 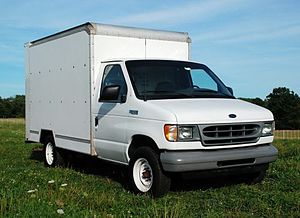 Hello and welcome to the twelfth episode of the AuctioneerTech Auction Podcast for the week of 17 November 2008. My name is Aaron Traffas, and now that I’ve baited you with the catchy and possibly controversial title, lets examine the importance of local marketing as it relates to Internet bidding as well as a couple of shipping options if you find yourself in a situation where local marketing has failed and you must convey an asset to someone else who can’t make it in to pick it up.

Many auctioneers who turn to Internet marketing, especially Internet bidding, have the expectation that the items will sell to a foreign bidder, and for the purposes of this netcast we’re going to use foreign to mean someone outside of regular driving distance, perhaps even out of state or out of the country. While it’s possible to construct an advertising campaign that will accomplish this goal of selling items to foreign bidders, a much smarter play is to advertise locally first.

Let’s use the example I used in Auction Podcast Episode 2. If a car is worth $1000 and someone from another state has to spend $200 in time and fuel to come get it, he’ll only spend $800 at the auction. Someone across the street can bid the true $1000 because there’s not really any cost associated with item acquisition.

The ability for an Internet bidder to come in and pick up the asset from the auctioneer or the auction location is worth a lot. Part of the reason we see declining attendance at auctions, as well as a continued decline with eBay’s auctions section, is that people don’t want to wait. If I place a bid on item and wait for it to sell and then have to wait for the auctioneer or his agent to pack it and ship it to me, I’ve done a whole lot of waiting by the time I finally get the item.

However, if I’m a bidder and the advertising for a local event with Internet bidding has made me aware of an item in which I’m interested, I’m still probably not going to go to the auction, but I’m willing to bid more if I can go get the item immediately once I’ve been declared the winner.

I will concede that there are some niche asset types that have such a small or geographically foreign prospective buyer pool to which my examples and principals here aren’t applicable. Take, for example, the 40 Years of Star Trek auction that was conducted by Christie’s a few years ago. Because Trekkers are so geographically diverse, the global Internet marketing was crucial for the success of this event. Another example of the importance of global niche marketing can be found in some of the antique tractor auctions conducted by Aumann Auctions. The buyer market for antique tractors is so small and spread out that many times the only buyers who are willing to pay fair market value for the antique tractors are from far away. Without the global marketing, the tractors would sell for a much lower price because there probably aren’t very many serious antique tractor collectors in the greater Nokomis metropaulatin area.

The point is that its much better to use your Internet bidding as an option to entice local bidders to participate. Advertise to your local buyer base first if the items you’re selling are appropriate, because that local buyer base doesn’t have the costs of time, fuel and/or shipping that someone from far away will incur.

If you do have a high sell-through rate to foreign buyers, there is still an argument to be made as to whether to pack and ship the items yourself or turn to a third party such as the local UPS Store. Many auctioneers outsource the shipping, arguing that an auctioneer’s best time is best spent landing sales and working for his sellers. Some auctioneers have elected to hire additional staff and operate a shipping division, turning it into a proffit center. In either case, there are a couple of companies worth noting that can ease the pain of shipping larger items.

Navis at gonavis.com specializes in difficult-to-ship items like furniture and powersports. They have the ability to crate and palletize the items for you, so it essentially becomes a turn-key operation.

Uship at uship.com is an interesting business model that merges a reverse auction with the classic load-finding trucking dispatch service. They allow shippers – either auctioneers or bidders – to post loads that are bid on by service providers – trucking companies. They have an eBay-style feedback system for both shippers and service providers. They offer revenue sharing for their partners and they make it easy to include a widget on your website to allow prospective bidders to get their own shipping quotes based on average costs for like-kind items shipped similar distances at similar times.

Well that’s it for episode twelve. The last two episodes have been fairly short, but don’t worry. We’ve got some exciting interviews in the months ahead.