Vote for the Crunchies 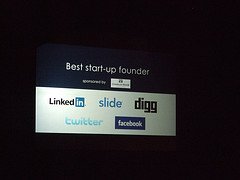 No, we’re not talking about breakfast cereal. The Crunchies 2008 is a set of awards given to the top technology companies, products and ideas in a given year. The awards are sponsored by GigaOm, VentureBeat, Silicon Alley Insider, and TechCrunch. Last years winners included Facebook, Digg, Tesla Motors, Hulu and the iPhone. What will the list of winners for 2008 look like? Vote now to have an influence. Voting ends January 5. Even if you don’t vote, it’s worth it to look at the nominees now and to revisit the site after January 9 to see the winners.