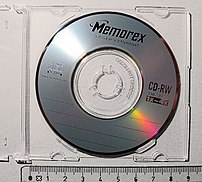 Video can be a fantastic marketing tool. The same video can convey a sense of incompetence if not distributed correctly. Ignoring the difference between an expensively-produced video and simple footage captured with a camcorder, both of which can be effective and important as components of marketing campaigns, the way a video is delivered can mean the difference between a customer’s respect and a customer’s desire to do something else.

Never email video
Email over a megabyte or two annoys customers. Perhaps not everyone gets frustrated by large attachments, but plenty of people do. Some are on slow connections, some use POP email, some use POP over dial-up which means they’ll have to download the entire email before the next emails download. The other factor is that if video is smaller than a few megabytes, it’s probably not worth sending in the first place. YouTube makes large, high quality video distribution very easy. True, YouTube videos are branded for YouTube and allow links to other auction videos, but the benefits of being able to email a link to a video far outweigh  the issues created by trying to actually email the actual video. For a more advanced and non-branded solution, there are Flash video players that will allow you to directly place video content on a website without embedding content from a third party such as YouTube.

Physical media should contain high quality video
The benefit of delivering video on physical media like CD, DVD or flash media is that quality doesn’t have to be compromised. Promotional video can be delivered that looks crisp and clean on even the higher quality HD TVs and computer monitors. Unfortunately, I’ve seen plenty of promos on physical media that look pixelated and blurry when made full-screen. It’s important when creating the video to maintain the quality. Most of the consumer camcorders can take video that looks fair in high definition, but one improper mix-down in Windows Movie Maker can ruin the future chances of playing the video on anything bigger than a postage-stamp-sized video window on a computer.

Build menu systems on optical media
Content delivered on CD or DVD should be playable as a VCD or DVD with a menu system. Computers can read and play menu DVDs, but customers who receive a CD or DVD that don’t have a computer or don’t think to try it will receive an invalid disc message when they throw it into their TV’s DVD player. The odds favor them assuming a defect in the media rather than performing another attempt at reading the discs in their computers.

Remember that there are many ways to deliver appropriate video quality in a variety of methods. As long as production methods account for the quality at every step, the final product will be easy to upload to YouTube as well as serve as a source for DVD or VCD creation that will play in a customer’s home DVD player and computer at high resolution. A thousand dollar video production can be worth next to nothing if the consumer sees a finished product of low resolution.