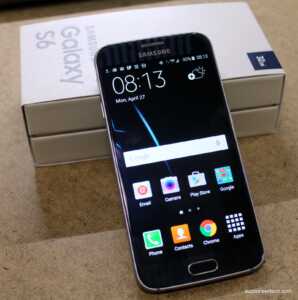 Samsung recently released the latest smartphone in its popular Galaxy S series. I’ve previously owned the Galaxy Note 3, and had a fairly poor experience with it, so when Verizon offered to let me spend a few weeks with the new Galaxy S6, I jumped at the chance to see if Samsung’s latest flagship solved the challenges I experienced with the Note 3.

The first thing I noticed about the S6 is the premium build quality. Gone is the plastic, removable back from previous generations, replaced by a glass back. The phone is so thin that the camera module actually protrudes from the back in a way that made me nervous when setting down the phone. I like large phones, and at 5.1 inches, the S6 isn’t one. However, it’s big enough and long enough that it’s comfortable to use and hold.

The hardware changes did prove a little inconvenient for me at times. Samsung’s packed a huge, beautiful screen in a small device by minimizing the bezels, or the borders around the screen. I occasionally found myself triggering unintentional screen presses on the edges when I was using the phone with one hand. The glass on the back also makes the phone slippery and difficult to hold. The first night I was leaned back and playing with the phone with my six-month old son next to me the phone slipped out of my hand and hit him. I immediately ordered a Fintie Guardian Series case, which turned out to be a great belt-clip case for about $7. It made the phone much easier to hold and also solved the problem of the accidental touches around the screen edge.

The physical buttons on the bottom of Samsung phones have always frustrated me. The S6 still has them, and the back button is still annoyingly on the wrong side, but the home button now features a fingerprint reader. It’s the first phone I’ve used that had one, and I found it to be amazingly accurate and consistent. It works quite nicely with Lastpass. It also works as a screen lock, but there were times when I was in a hurry and didn’t know if I needed to use my fingerprint or just swipe to unlock and the few extra seconds of indecision were inconvenient. I also spent a fair amount of time during my review fixing fence on the farm, and taking my gloves off to authenticate was frustrating when all I wanted to do was to switch from music to podcasts. It’s certainly not the phone’s fault, but I always forgot to change the lock screen before going to work. 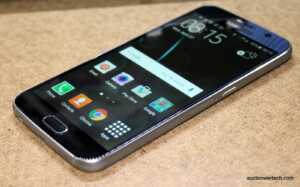 The S6 is really fast, but it’s also really thin. This combination makes good battery life difficult to achieve. I attended a wedding in an area with 3G coverage and sent perhaps 10 pictures by email. I pulled the fully-charged phone off the charger at 3:30 p.m. and by 6:30 p.m. was down to 20% remaining. This 80% drain in three hours example is extreme, but under normal usage I wouldn’t expect to get more than six or eight hours out of the S6. It’s not a huge problem for anyone within frequent range of a desk or a car, as Samsung’s built both fast charging and wireless charging into the S6, so finding a power refill during the day is as quick and convenient as possible.

Previous generations of the S series have had removable backs and expandable storage. The S6 doesn’t, so getting an extended battery or adding an SD card are no longer options. My review unit was the 32 GB model, and by the time I had my podcasts synced, I had about 1 GB remaining. Not everyone is as addicted to podcasts as I am, but shutterbugs can use up storage space in a hurry, so anyone purchasing an S6 should definitely opt for at least the 64GB version.

My biggest complaint with the Galaxy Note 3 was the antenna. I’m in an area that has spotty coverage, and service on the Note 3 was markedly poorer than the HTC One M8, Moto X, Kyocera Brigadier, Droid Turbo, Sony Xperia Z3v – basically every other phone I tested greatly out performed the Note 3 in this area. The Galaxy S6 performs much better than the Note 3 in this regard. It’s not quite as good as the Nexus 6 – the S6 seemed faster to drop to 3G than the Nexus 6 and didn’t seem to perform as fast once it did – but it’s definitely not plagued with the antenna problems of the Note 3.

Samsung has always had great cameras, and the camera is definitely the best feature of the S6. At 16 megapixel with optical image stabilization, it’s really very difficult to take a bad picture. It’s fast to launch, too, especially with the double-tap shortcut on the home button. As usual, I’ll have some real world examples in the gallery at the end of this article, but here are a few comparison pictures against the Nexus 6. No resizing or editing has been done – they’ve only been cropped so that the dimensions are the same size. In every example, the S6 pictures are brighter and more vibrant. Guess which side the S6 images are on.

I’ve always found TouchWiz, Samsung’s customization layer that it installs over Android, to be frustrating, ugly and cumbersome. While it’s not gone in the S6, it’s toned down substantially – much improved over the mess of previous generations. It wasn’t immediately obvious how to launch Google Now – neither swiping up nor swiping to the left worked, which are the most common ways – so I installed the Google Now Launcher as usual. This was the first time I didn’t replace the default keyboard with SwiftKey, as I found the Samsung keyboard to be surprisingly good.

I did have problems copying files to the phone. I plugged it in by USB, but I was always presented with an error when trying to copy my podcasts to the device. No amount of searching yielded a solution, so I was forced to find a wireless transfer method. It was much slower than transferring by cable, but it worked. I had no problems copying photos from the phone to my computer.

The S6 performed flawlessly with a range of activities and accessories. I listened constantly to podcasts and music through my LG Tone, as well as used it with my Asus ZenWatch and to pilot my DJI Phantom 2 Vision+ quadcopter. I did have problems installing Google Fit from the Play Store – it said it wasn’t compatible with the device – but manually installing the APK seemed to work fine.

The Samsung Galaxy S6 is a very solid device that will probably be one of Samsung’s and Verizon’s best selling phones. It’s sad to see Samsung do away with the expandable battery and storage, and I can’t use it or even hold the S6 without a case. However, the S6 is a great choice for anyone who wants an amazing camera on a fast, beautiful and stylish smartphone. 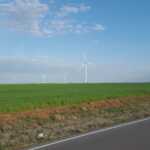 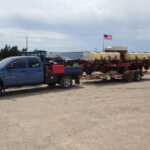 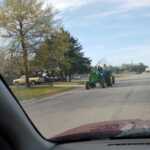 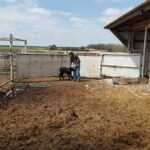 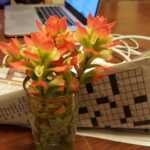 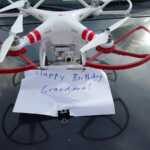 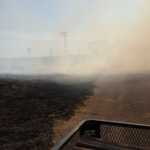 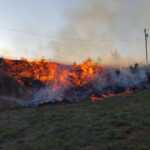