The Google Nexus 6 on Verizon 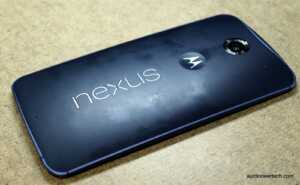 I’ve been using the Google Nexus 6 on Verizon since November 17. You can read yesterday’s post entitled Android, Nexus and Verizon to learn the backstory about why I’m a huge fan of the Nexus program, how I was excited to learn that the Nexus 6 would work on Verizon and why I purchased the phone outright many months before the expected Verizon Nexus 6 launch date.

Hardware
The latest flagship phone from Google in the Nexus line is made by Motorola. It’s huge. Featuring a 5.96″ screen with a quad HD 1440 x 2560 resolution AMOLED screen, this dreadnought is definitely the largest phone I’ve ever held. I used the Galaxy Note 3 for the better part of last year. It felt big initially, but I got used to it. Likewise, I’m slowly getting used to the size of the Nexus 6. This phone is .3″ bigger than the Note 3. The iPhone 6 Plus is only 5.5″, so the Nexus 6 is a full half-inch bigger than Apple’s largest phone. 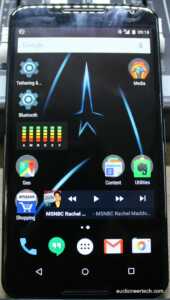 The Nexus 6 is rocket fast, with plenty of memory and a top-of-the-line processor that makes using the pure version of Android Lollipop smooth and seamless. Front-facing speakers make it really loud. The speed and sound quality are quite nice, especially for someone who likes to watch a lot of basketball this time of year when I’m away from a TV.
The phone looks like a cartoon sized version of the 2014 Moto X. That’s not a bad thing, as the Moto X is an absolutely beautiful device. The power and volume buttons are on the right side and easy to get to. The micro-USB port is on the bottom and the headphone jack is on the top. With wireless Qi charging and Bluetooth 4.1 built-in, I really don’t find myself using either the USB port or the headphone jack.

Expandability
The only downside to the Nexus 6 is expandability. The aluminum body contains a sealed battery and no slot for a memory card. My unlimited data plan means the lack of expandable storage doesn’t bother me, but the non-expandable battery is unquestionably the biggest problem with the Nexus 6. The battery will last all day at my desk, but only a few hours in the spotty coverage at the farm. The phone does support Qualcomm’s Quick Charge 2.0, which will allow the included Motorola Turbo Charger to charge the phone much faster than traditional phones and chargers, but it’s still a drag to have to worry about a phone that won’t last all morning, much less all day, in a real world work environment.

The power button and volume rockers are easy to get to

Camera
The camera is good. It’s not as good as the camera on the LG G3, but it does have optical image stabilization on a 13 MP sensor. The new Lollipop camera software allows third party apps to take advantage of advanced features of the sensor, and there are some users taking extraordinary photos with the Nexus 6. For my uses, the stock camera is quite sufficient. I posted pictures comparing the Nexus 6 and the Sony Xperia Z3v in December’s review of the Z3v.

Problems
My experience with the Nexus 6 wasn’t without a few difficulties. Shortly after it arrived, I began to encounter random reboots of the device. It would simply restart. Occasionally, it would turn off and take as many as 30 minutes before it would turn on again. I also rely heavily on the wireless hotspot feature when I travel, and I had a very obscure and annoying problem with the wireless network created by the Nexus 6 hotspot disappearing frequently. I would start the hotspot and connect my computer, and then, within a minute or two, the network would seem to disappear. The computer would disconnect and I’d have to refresh the network list to find the hotspot again. This flaky wifi teather problem made using the phone as a hotspot essentially useless.

The reboots and the hotspot problem caused me to work with Motorola to obtain a replacement device. The replacement phone has only rebooted once or twice since I received it, so I consider that particular problem fixed. However, the hotspot issues persisted on the new device. With the help of a user on Reddit, I finally was able to track the problem down to an app called Automatic. Once I removed Automatic from my phone, the hotspot works like it does on all other phones.

Summary
It may sound silly to drop $650 just to get a phone on Verizon that doesn’t come with NFL Mobile. For someone as passionate about pure Android as I am, it makes perfect sense. The Nexus 6 is simply the perfect Android experience, and using it on Verizon means I don’t have to compromise by downgrading to a shoddy network.

As I write this article, rumors are that Verizon might launch the Nexus 6 this week, with their devices sporting Android 5.1 and VoLTE calling. I can only hope that the software upgrade path for my Nexus 6 purchased directly from Motorola will be quick and painless. It would be very unfortunate for Verizon to punish us early adopters by not allowing us to get the VoLTE upgrade.

If you like big phones, the Nexus 6 is, without a doubt, the best phone on the market. If a huge phone isn’t your preference, here’s to hoping that the next Nexus will be slightly smaller, more expandable and supported by Verizon. 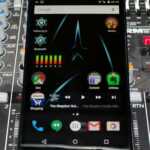 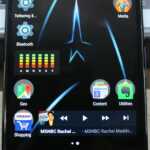 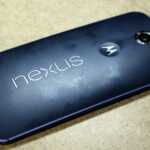 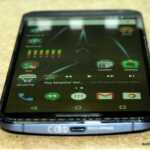 USB port on the bottom Headphone and nano-SIM slot on top The power button and volume rockers are easy to get to 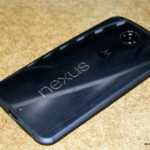 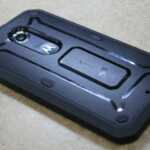 The rugged SUPCASE has an industrial back 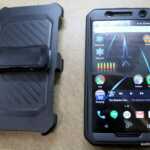 The SUPCASE has a built-in screen protector 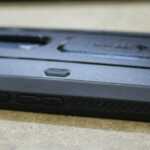 Side view of the Nexus 6 in the SUPCASE