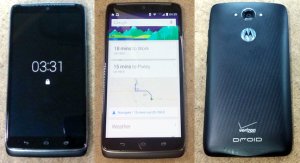 I haven’t owned a Droid since the original Motorola Droid. It was a great phone which, especially after my brief stint with the Palm Pre, solidified Android as the mobile operating system for me. It had a very clean Android experience, but future Droids from Motorola came with Motoblur, an overlay on top of Android which soured me on the entire Droid line. Until now.

Verizon’s latest addition to its Droid line is the Droid Turbo from Motorola. Verizon let me spend the last few weeks with one, and it became immediately clear that this is Verizon’s best phone to date.

In a nutshell, the Droid Turbo has the interface of the Moto X, the bleeding edge specs of the Nexus 6, a 21 MP camera and a battery that’s bigger than anything we’ve seen so far.

The screen is a QHD behemoth packed in to a 5.2″ size. Quad HD is 2560 x 1440, so the number of pixels per inch is 565. By comparison, the iPhone 6 and 6 Plus have 326 and 401 pixels per inch, respectively. I do wish they’d have made the screen a little bigger and used standard on-screen buttons rather than putting a row of three capacitive buttons at the bottom of the device. Google has been trying to move away from hardware buttons for a few years now, and the reason Motorola went with permanent buttons on the Turbo is honestly a head-scratcher.

The Turbo is fast. As I write this review, phoneArena.com lists the Droid Turbo as one of the fastest phones on the market. It’s by far the fastest of the major brands’ flagship devices, easily besting the Samsung Galaxy Note 4, HTC One M8, LG G3 and, of course, the Moto X 2014. With one of the fastest mobile processors I’ve seen yet in a phone, combined with 3 GB of RAM, the Turbo never lags or slows down, even while driving that massive screen.

The 21 MP camera is supported by a dual-LED flash. Even though it lacks optical image stabilization, it’s a very good camera, especially in daylight. The full 21 MP resolution is only available in a 4×3 aspect ratio, but that’s what I prefer anyway. I found the flash really helps low light performance. I’m not a fan of the camera app that ships with the Turbo, as the slide-out settings wheel is frustrating and confusing. I want buttons on the camera screen for settings and shutter, but the great thing about Android is that I can install a third-party picture app that will add those features. The Turbo does seem a little slow to take pictures when you have it on the highest of the automatic settings, but I’m hoping the upgrade to the newest version of Android called Lollipop will help the speed issue dramatically. I’ll post some example pictures at the end of this review.

The software on the Droid Turbo at launch is nearly identical to that of the Moto X. Motorola included Assist, Actions, Display and Voice that were found in the Moto X, as well as the Droid Zap app from Verizon that lets Droid users share files with one another in proximity. The relatively clean version of Android that’s on the Turbo is a joy to use, and the few additions from Motorola contribute in a good way to the user experience.

Reception with the Turbo was very good. I’d say it might be just a touch better than the G3 in areas of weak coverage. Motorola is my favorite manufacturer with regards to antenna performance, and the Turbo doesn’t let me down.

The Turbo is the first phone with a stock battery big enough to get me through the day. The second day I used it, I had 15 hours and 32 minutes off the battery with 8 hours 37 minutes of screen on time. For a stock battery, those are some amazing numbers. The shortest time I had from fully charged to dead was just over 9 hours, which means my phone was dead at 5 p.m., but it’s still drastically better than the battery life of any other stock phone I’ve tested. I still wish they’d have built the Droid Turbo with a removable back so that I could put a bigger battery in it and truly get the two-day battery life they’re advertising.

Charging the Turbo during the day is not something an average user is likely to have to do, but it does feature Qualcomm’s Quick Charge technology, which boasts 8 hours of battery life from only 15 minutes of charge time.

All in all, the Droid Turbo is the best phone Verizon has ever launched. I’m honestly going to miss it when I send it back to Verizon, and I’m sure I’ll feel silly waving my hand over other phones in hopes it will wake them up or twisting them with my wrist to launch the camera. My only complaints with the Turbo are the lack of an upgradable battery and SD card slot, the capacitive buttons on the screen, the lack of optical image stabilization in the camera. It’s super fast and has a gorgeous display, smart software additions, a solid camera and a big battery. Once it gets the Lollipop upgrade, it’ll be even better. If you’ve been looking for a phone with amazing specs that doesn’t have a huge screen, the Droid Turbo is absolutely the phone for you.

If you’re interested in learning more about the Droid Turbo, I spent an hour talking in-depth with Joe Maring and Tony McAfee as a video podcast for their Mobile Cup of Joe show. Here’s the full video.

Finally, here are some sample pictures taken with the camera on the Droid Turbo. They’re unedited, and you can view the original by clicking the full size download link from the attachment page. Enjoy! 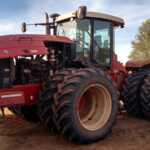 Washing the tractor before the freeze 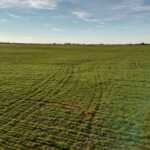 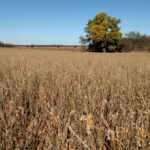 Looking for birds in the cover crop 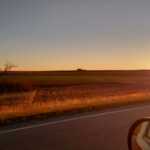 Sunrise over wheat at 60 mph 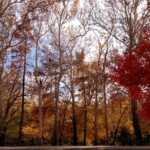 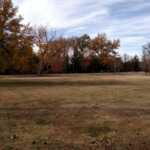 Another picture of the park Trees against a sky 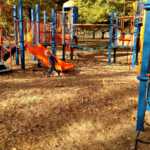 Bright colors in the park 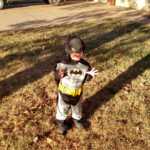 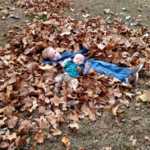