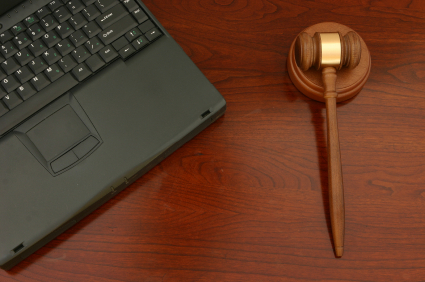 Real-time Internet bidding is a process that allows an auctioneer to accept Internet bids during an auction. A bidder downloads client software, usually either Flash- or Java-based, and can hear the auctioneer and place bids until each individual item is declared sold. There are several prominent real-time bidding service providers competing in this space, each with its own software and feature set.

Automatic acceptance
Internet bids can be accepted automatically by the software. An Internet bidder places a bid and the software automatically updates the current price and winning bidder, with the expectation that the bid implementer will let the auctioneer know that the price has changed due to a placed bid.

Manual acceptance
With manual acceptance, the Internet bids wait in a queue until they’re specifically accepted by the bid implementer, presumably once the auctioneer has acknowledged the bid.

There are problems with both methods. With manual acceptance, the Internet bidders perceive a delay in the action or a problem with the software or auction staff when their bids aren’t immediately impacting the event. With automatic acceptance, an Internet bidder may believe he’s the current winning bidder because the software reflects this status, while in actuality the auctioneer is currently recognizing a live bidder at the same increment.

Automatic acceptance is better for newer auctioneers with less-established buyer bases. Because their starting pre-auction bids are lower, perhaps less than 50% of the final sales price, the chances are higher that a couple Internet bidders will create a bidding war between them that is faster than the auctioneer and bid implementer can accurately represent. Automatic acceptance removes the human limitation in the speed of the bidding. Internet bidders are able to immediately see the results of their bids and they feel like they are taking part directly in the auction. The problem for more experienced auctioneers with larger buyer bases and more realistic starting bids is that the real-time Internet bids are both fewer and closer to the final sales price, increasing the chance that an auctioneer will take a bid from the crowd at the same time an Internet bidder is placing a bid. The resulting price collision could result in legal action being taken against the auctioneer, especially if the item is sold before resolving the collision.

We’re currently in a time that could be described as the wild west of Internet bidding. Real-time Internet bidding is but one of three ways auctioneers accept Internet bids. There are several providers who specialize in this service, and they all continue to innovate and iterate. It’s our belief that there is room for all kinds of bidding. As the industry and products mature, we’ll eventually see some standardized practices fall into place by themselves, unless patents or lawsuits force faster, more immediate changes to real-time Internet bidding.

This entry was posted in services, software and tagged Internet bidding, real-time bidding. Bookmark the permalink.