The end of optical media 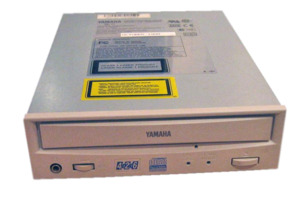 Optical media has had a great run. Music CDs are only now beginning to be retired after being the dominant distribution medium for the last two decades. DVDs continue to remain popular to distribute movies, though their days are severely numbered in favor of both Blu-Ray and, more importantly, Internet distribution of movies.

The CD-ROM achieved dominance as the successor to magnetic media – floppy drives and ZIP disks – about two years before the Internet obsolesced the technology. During that time, there were great products released on CD-ROM. Games like Myst and reference libraries such as Microsoft Encarta would never have been possible on floppy disks. We still have a box on a shelf with our beta copy of Windows 95 that was the last operating system we saw to be distributed on floppy disks.

All things end, however, and optical media is quickly going the way of the tape drive with regards to data storage. The netbook revolution is proving that consumers don’t need CD drives when they’re on the go. The additional weight and, more importantly, additional size added to the laptop chassis is just not something that consumers are interested in any longer. They want convenience and portability, and optical drives provide neither. The latest version of Ubuntu Linux comes in a version called the Netbook Remix that is tailored specifically to mobile computers and is meant to be installed from a USB key instead of a CD. It’s not only happening on the reasonably-priced side of the market, either. Apple’s failed huge-but-thin entry in the mobile market, the Macbook Air, also lacks an optical media device.

We routinely reformat and reinstall the operating system and all software on computers and the only time optical media is required is in the operating system installation. Once the OS is installed, we copy network drivers via USB key to get the machine on the Internet. Once connected, we download everything we need including Windows or Linux updates, antivirus and OpenOffice from the web. We use not a single program that comes on CD or DVD. It won’t be long before Windows retail boxes include a USB key instead of a CD-ROM disc.

Hardware drivers and software distributions were provided on floppy disks for many years after the market penetration of CD-ROM drives made this practice silly. Now that the market penetration of the Internet has made distributions on CD unnecessary, it doesn’t mean we’ll see the end of discs any time soon. We’d be silly to say that it’s time to get out the screwdriver and remove the drive from your desktop computer, especially while optical media is still a popular way to deliver audio and video content. We can say, however, that we look forward to the day when we buy a retail piece of software in the store and the only tangible thing included in the box is the license agreement and the website where we can download the release. Sure, we’ll still keep our $70 USB DVD-RW drive on the shelf beside our USB floppy drive for those just-in-case emergencies or operating system installs, but we’re done with the needless hassle that is CD-ROM.