Palm to release Pre on June 6 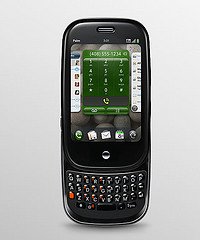 We’ve mentioned sporadically that Palm would be releasing the closest thing we’ve seen to an iPhone killer in the last two years. We just didn’t know when it would happen, though we knew it would be exclusively on the Sprint network for at least a while.

Today, Palm finally announced the official release date for the Palm Pre. It will be June 6 on Sprint, which matches to within a day of the most recent rumors floating around the Internet. The device will cost $200 with service plan and after rebate. This release date puts it two days before the World Wide Developer Conference, where Apple is expected to release a new iPhone to go with its recently-announced iPhone and iPod Touch 3.0 software.

The buzz about the Palm Pre started in January at CES. It’s going to be smaller than the iPhone, but the screen resolution is the same. This means it will fit the same amount of content on the screen but be more portable, less bulky. The screen will have a capacitive touch screen like the iPhone rather than a screen based on pressure like previous Palm phones. The touch-sensative part of the phone actually extends below the visible screen, and the Pre will use this area to enhance the multi-touch gestures. Unlike the iPhone, the Pre boasts a slide-out, physical keyboard and support for a MicroSD memory card. The Palm will be the first major phone that can be charged wirelessly by letting it rest on the Touchstone, a dock-like charging station that uses inductive charging rather than cables to charge the battery.

The operating system for the Pre is the WebOS, a new interface designed by Palm to make it easy to write software. WebOS applications are based on XHTML, CSS and Javascript – the fundamental web standards about which we preach constantly here at AuctioneerTech. Anyone who can write a web application should be able to code for the Pre without learning new technologies.

The Pre will have GPS, a 3 megapixel camera, Bluetooth, an accelerometer and light sensors. Many of the new features announced by Apple recently for the iPhone 3 software are actually a response to features in the Pre such as copy and paste and correct Bluetooth implementation.

Where the Pre gets the better of the iPhone is in background applications and support for Flash. Multitasking on the iPhone is prohibited – listening to Last.FM and browsing the web at the same time, for example, is not allowed. The Pre has no such limitations, and in fact has developed an easy way to gesture between running applications – called cards – that makes multitasking easy. Support for Flash won’t be included with the initial release of the phone, but Palm has stated that it will be available in future software releases for the device.

Palm is betting the farm on the Pre. Sprint could use a boost as well. Right now, AT&T has the only device that is actually causing customers to switch carriers. Sprint needs this phone to be big to stop hemorrhaging users and Palm needs this device to be big so it can survive until this fall when it releases it’s next WebOS device – a smaller, non-sliding phone rumored to be called the EOS – to AT&T.

We’ll have a detailed review of the device in June when we get ours.