I don’t know too much about it, but it seems a new site that’s billed as a social media auction is about to launch. 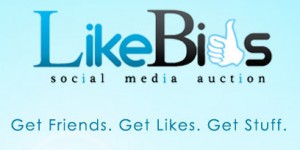 Is it a true auction site? I wouldn’t go as far as to say that, but I will say that the concept sounds very fascinating and I look forward to the beta launch to try it out.