Evernote turns your handwritten notes and receipts into searchable database 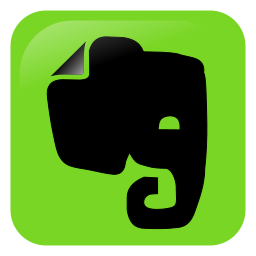 I’ve never been a note-taker. In my experience growing up, notes always were taken but never touched again. I quickly realized I was better off paying attention than taking notes, since I had a better chance of remembering than going back to reference notes. If only there were a way to have the convenience and speed of hand-written notes without the hassle of paper and piles.

I’ve tried taking notes on a handheld with stylus and on a laptop with a touch screen. It’s always so awkward, and there’s always the delay of a few seconds turning it on and launching a note-taking app. It’s not a replacement for pen and paper.

Enter: Evernote. It’s one of several players in the “everything bucket” category of web apps. You can put anything in it, including text notes, PDFs, pictures and sound recordings.

Evernote is cross-platform. Not only can you access it from any browser, but there’s an app for Windows and Mac and pretty much every kind of smart phone and device.

While the text editor isn’t as powerful as that found within Google Docs, Evernote shines in that the mobile app it’s the most convenient optical character recognition system ever. Here’s how I use it.

Take notes. Launch the Evernote app on Android or iOS. Use it to take a picture of the notes. Put notes in trash.

Once the picture is uploaded, it not only is available on the Evernote website and all the apps on all your devices, it’s also scanned and indexed so that it’s searchable. After a few months of use, you have a database of your handwritten notes that you can search by keywords. Granted, your mileage may vary based on your handwriting, but this can be helped with a little categorization of notes into what Evernote calls notebooks and the use of tags for notes to ease future searches.

I realize OCR isn’t anything new, and that using a scanner would yield stored notes of much higher quality than using a phone’s camera. However, the action of snapping a picture of a note with an always-with-me phone is below the hassle threshold that makes it worth the time, where waiting until I’m buy a computer to use a scanner isn’t.

Another very useful application for this process is with receipts. I’ve developed the habit of snapping an Evernote picture of every receipt before I throw them away. Now, if I’m looking for a Best Buy receipt from three months ago, I simply enter “Best Buy” in the Evernote search box.

Evernote recently released an initiative to build a database of other software and hardware that supports Evernote. It’s called Trunk and comprises the Livescribe smartpens that automatically save what they write in Evernote, the Voice2Note third party app which uses speech recognition to turn your Evernote audio notes into searchable content, and PDF readers and scanners with buttons that allow one-click upload to your Evernote account.

Evernote has a freemium business model, offering a basic plan with a monthly upload cap of 60 MB for free, which has always been more than enough for me. Power users may want to pay the $5 per month for 1 GB monthly uploads, double the maximum single note size from 25 MB to 50 MB, and the ability to upload any kind of file.