The blogs lit up last week with the news that eBay was granted US Patent 7,702,540 regarding “computer-implement method and system for conducting auctions on the internet”. Here’s the abstract. 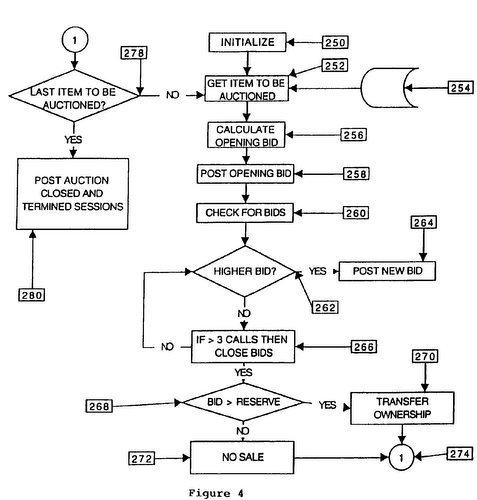 How are you betting? Let us know in the comments.

This entry was posted in announcements, theory and tagged eBay, patent, Internet auction. Bookmark the permalink.