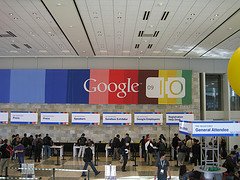 The Google IO conference began today, and several announcements were made this morning.

It’s clear that Google is fully behind an open web. Google promised more announcements for tomorrow’s keynote, beginning at 8:30am PDT, which will be streamed at youtube.com/GoogleDevelopers. Tune in!