Dropbox now in beta for BlackBerry 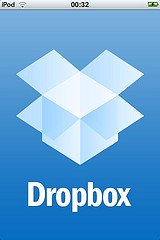 My friend Forres Meadows from TexasBid alerted me to the fact that my favorite utility, Dropbox, is now in beta for BlackBerry. While I’m not a huge BlackBerry user, I couldn’t imagine a day without Dropbox.

Dropbox for BlackBerry beta is available to the first 5000 applicants, so get yours before they’re full.

If you’re not familiar with Dropbox, you’re in for a life-changing epiphany.

This entry was posted in software and tagged BlackBerry, Dropbox. Bookmark the permalink.