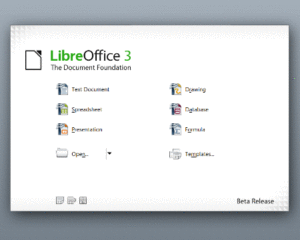 It’s no secret that I’m a fan of OpenOffice.org. I covered it in one of the first posts on this blog, and have mentioned it on and off ever since.

I covered the difference between free and free in episode 11 of the Auction Podcast. In a nutshell, not all open source software is free and not all free software is open source. There is a difference between content that is free like beer and free like speech. In an effort to provide some disambiguation between the different kinds of free, many times the neologism libre is used to describe free like speech.

OpenOffice.org was a derivative of StarOffice, which was acquired by Sun Microsystems in 1999. Sun was a strong supporter of open source software development until it was acquired by Oracle in April of 2009. At that time, many in the open source community were quite scared of the way Oracle would deal with Sun’s assets that were community-based like MySQL and OpenOffice.org. Since that time, the community has been uneasy and discontent that Oracle wasn’t free enough.