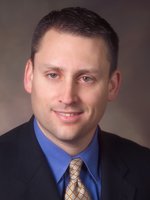 Yesterday, the news was released that Proxibid has appointed former eBay and PayPal executive Ryan Downs a new President of the company. An interview with Downs has already been posted by Ina Steiner from auctionbytes.com. The press release is below.

Proxibid, the world’s largest provider of live auction webcasting services, today announced that Ryan Downs has been appointed as the Company’s president. Bruce Hoberman will maintain his role as CEO of the Omaha-based firm that brings auction companies and bidders together via its sophisticated online bidding solution.

Mr. Downs brings to Proxibid a rich understanding of ecommerce, auctions and payments. He joins Proxibid from eBay (NASDAQ: EBAY), where he served in a number of roles, most recently as Senior Vice President of Worldwide Operations for PayPal, eBay’s payments division. In that role, Mr. Downs was responsible for customer service, risk operations, merchant operations and various other functions. As one of the top executives at PayPal, Mr. Downs was instrumental in PayPal’s integration with eBay, expansion to Europe and Asia, and the launch of the merchant business. Mr. Downs also spearheaded efforts to improve the end to end user experience for PayPal and eBay customers.

“We are thrilled to have an executive with Ryan’s knowledge of the auction industry join the Proxibid family,” said Bruce Hoberman, CEO of Proxibid. “Ryan’s experience enables us to continue to strategically grow our business while continuing to provide auction companies with access to the world’s largest online auction marketplace. He brings to Proxibid a mix of Silicon Valley experience with Midwestern values that is sure to drive our Company into its next growth phase.”

“Proxibid is an amazing company that combines disruptive web technology, a relentless focus on customer experience, and the desire to build a great culture for its employees,” said Downs. “I am extremely excited to join a fast-growing and dynamic company located right here in my home town of Omaha.”

Mr. Downs holds a bachelor’s degree in Agribusiness and Agricultural Honors from the University of Nebraska – Lincoln, and a Juris Doctorate from Harvard Law School.