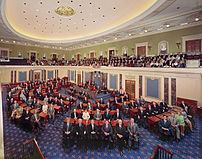 Committee discharged; considered and agreed to

Whereas auctions have played an important role in the sale and exchange of goods for nearly 2,000 years;

Whereas auctions have been an integral part of the marketplace in the United States and around the world;

Whereas the National Auctioneers Association has 5,000 members and has its headquarters in Overland Park, Kansas;

Whereas, in 2008, members of the National Auctioneers Association raised $16,000,000,000 for charity through benefit auctions;

Whereas auctions are growing in popularity and are used with increasing frequency in the marketplace;

Whereas trained professional auctioneers ensure that auctions are conducted in a manner that is fair to both buyers and sellers;

Whereas, in the past, Federal, State, and local governments have designated days and weeks to celebrate auctioneers; and

Whereas the designation by the Senate of April 18, 2009, as ‘National Auctioneers Day’ will heighten awareness of the contributions made by auctions and auctioneers to the economy, culture, and way of life of the people of the United States: Now, therefore, be it

Resolved, That the Senate designates April 18, 2009, as ‘National Auctioneers Day’.

Kansas auctioneer and NAA member Dave Webb was helpful in passage of this resolution, as was Chris Longly from NAA staff. Thanks, guys, for working to raise awareness about auctions and auctioneers.