Tomorrow marks the release of a new version of Ubuntu Linux, version 9.10 called Karmic Koala. This is your AuctioneerTech guide to what Linux is and why it’s more relevant today than ever before. 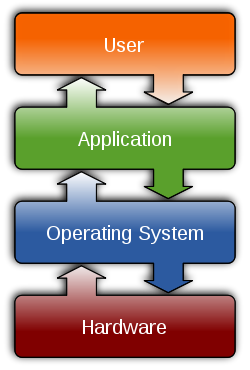 Open source
We’ve already covered open source with an episode of the Auction Podcast called Open Source Auctioneer, so we’ll simply mention here that Ubuntu is very open source. It strikes a solid balance of being open and yet making it easy for users to install proprietary components like audio and video applications, hardware drivers and other programs.

Distributions
Linux is actually the kernel, or core, of the operating system. A distribution of Linux refers to the desktop environment and applications that are packaged with the Linux kernel. Ubuntu is currently the most popular desktop distribution, but other common varieties are OpenSUSE, Fedora, Debian and Mandriva. The top 100 distributions are listed on distrowatch.com. Each of these distributions can run one of many desktop environments such as GNOME (Ubuntu’s default), KDE and Xfce.

Linux is much more than a personal computer operating system. The Linux kernel can be found in servers, routers, cell phones, GPS – just about anything with a processor can run Linux. Since Linux is open source, it can be built using only the components necessary for the application. This property makes it very small, light and handy for novel applications. 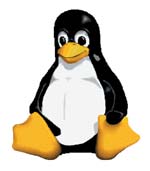 Why Linux
Linux works on more hardware than Windows. Linux is easier to use than Windows or Mac. Software installation is as simple as selecting programs from a list, as opposed to having to download an installer file and running it. There are free programs that accomplish just about any task that are immediately available to any Linux-running computer with an Internet connection.

Linux has a graphics productivity package called Compiz-Fusion. It’s light-years ahead of anything on Mac or Windows. The biggest benefit is the four virtual desktops, but it can do many other exciting transitions and effects. Here’s a short sample showing Compiz-Fusion running on Debian.

Why Ubuntu
Ubuntu is the most popular distribution for many reasons. Most of the reasons Ubuntu is so popular are the same reasons Linux bests Windows and Mac – it’s easier to install the operating system and easier to install software. A new version of Ubuntu is released every six months, as opposed to the release cycle of Microsoft and Apple which is counted in years. Ubuntu has a commercial sponsor in a company called Canonical which makes money by offering paid commercial support and application development for Ubuntu. Ubuntu has a huge community of advocates who fill support forums and write documentation promoting Ubuntu and open software in general. Ubuntu is the most popular because it’s more organized than other versions of Linux, it has solid support and a six-month release cycle.

Ubuntu Karmic Koala test on HP TouchSmart tx2
The freshest Ubuntu doesn’t come out until tomorrow, but we popped a fresh hard drive in our 30-day-old HP TouchSmart tx2-1270us and installed the release candidate to test out the new features tonight. The installation was easy. Simply pop in the disc and reboot the computer. It prompts you if you want install or to try Linux without changing your computer – great to boot Linux and try it out before you install it. After answering a few questions about the preferred language and keyboard layouts, we told it to use the whole hard drive and do a full install.

Hardware support
On first boot, the ethernet drivers worked immediately. Once connected, the system prompted to install proprietary drivers for the wireless card and the display adapter. After the reboot, both the onboard display and the external monitor were both working at the correct resolutions. My wireless networking was also working just fine. This method of prompting for permission to install the non-open packages fits Ubuntu’s open source philosophy by not installing un-free software by default, but allowing the user to do so quickly and easily.

New in Karmic Koala
The most notable change in Karmic is the new Software Center. It’s a much simpler and more powerful version of the add/remove programs application from prior versions of Ubuntu. All available programs are categorized and detailed in a much better way. Also new is Ubuntu One, a Dropbox-like service that now comes with Ubuntu by default. It offers 2 GB of cloud storage for free that synchronizes your data between your Ubuntu computers and allows you to easily share your content with other users, regardless of platform.

Like the most recent releases of Windows and OS X, this latest version of Karmic Koala is more of a performance upgrade than a feature release. Karmic boots faster and is more secure. It uses an improved file system, better firewall and makes it easier to develop applications.

The future of Linux
Linux is more relevant now than ever before. If you’re picking an operating system for someone who is unfamiliar with computers, Ubuntu Linux is the clear choice. The only user who might find it difficult to understand is the user who has grown up using only Windows or Mac and is afraid to leave proprietary applications like Microsoft Word and Photoshop behind in favor of open programs like OpenOffice and the GIMP.

It has an uphill battle. Microsoft recently dragooned Best Buy employees into spreading anti-Linux propaganda. Most computer users haven’t heard of Linux, and only a small fraction of those who have heard of Linux have actually tried Ubuntu. Of those who have tried it, many give up on it once they learn that they have to learn new programs instead of being able to use their old applications that only ran on Windows or Mac. The increase of Mac market share shows that users can learn to give up their programs, so public perception must be the biggest reason Linux doesn’t have a market share greater than about 1%.

How to try it
If you’re looking into buying a netbook because you need a web browser, email and the ability to edit documents and spreadsheets, you can’t go wrong with buying a Linux netbook. Ubuntu has a special version, called the Ubuntu Netbook Remix, that is specifically built for netbooks. We’ve been running it for six months and have found it to be fast, stable and powerful.

If you just want to see it, give the live CD a shot. Download the iso and burn it to a CD. Reboot your machine with the CD in the drive and select the option to try without making changes to your computer. You’ll boot into Linux and get to try the default applications and browse the Internet. Of course it won’t be as fast as it would be if it were truly installed on your hard drive, but it’s a great way to see what it’s like before replacing Windows or OS X.

This entry was posted in community. Bookmark the permalink.