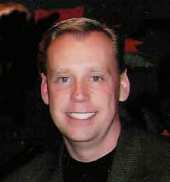 An associate pastor and contract auctioneer, Kevin began his career as an auctioneer at an early age. After mowing lawns throughout the summer at the age of 13, Kevin had to choose between buying a dirt bike or attending auction school. He chose wisely and attended Reisch World Wide College of Auctioneering. He would attend a second time at the age of 15. When he isn’t preaching to his congregation at 1st Church of the Nazarene, Kevin can be found auctioning as a contract auctioneer for a range of Kansas auction firms. Kevin is an a Realtor and Auctioneer with Omli and Associates, Inc. of Salina, Kan. Kevin is a board of director with the Kansas Auctioneers Association (KAA) and has been a member of the NAA for over 10 years. A 2000 KAA bid calling champion, this year’s IAC competition was his second run at the title. His first attempt was in 2001 where he was a finalist.

Kevin resides in Hutchinson, Kan. with his wife, Beth, and their three children.

This entry was posted in announcements and tagged IAC, National Auctioneers Association, Conference and Show, Kevin Borger. Bookmark the permalink.