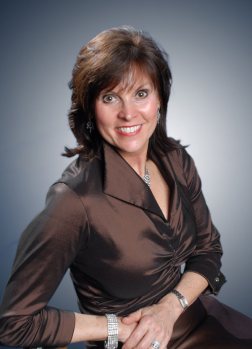 Overland Park, Kan., July 18, 2009 – The walls of Walker Auctions in Memphis, Tennessee are adorned with three 2nd runner-up and three 1st runner-up IAC Women’s Division trophies. Terri Walker, CAI, BAS, CES earned the centerpiece to her collection by winning the 2009 IAC Women’s Division Championship trophy this evening in Overland Park, Kan. For Terri, this year’s competition was her ninth attempt at the prestigious title and the win was not only humbling, but also rewarding. Camille Booker of Richland, WA and Regina Andrijeski of Curtis, NE joined Terri in the winner’s circle. Camille earned the title of 1st runner-up, followed by Regina who earned 2nd runner-up honors.

“It is rewarding to spend your life doing something you love and its even more rewarding to be awarded for it.” said Terri.

A graduate of MissouriAuctionSchool, Terri is a second generation Auctioneer. Her father, Bob Turnage, started the family business in Hayti, Missouri. Terri and her husband, Lance Walker, own and operate Walker Auctions in Memphis, TN. Their firm specializes in real estate, benefit and estate auctions. An Auctioneer and Realtor, Terri holds the CAI, BAS and CES designation. Terri is currently the 1st Year Advisor for CAI and a BAS instructor. Prior to becoming an Auctioneer, Terri taught for 12 years and holds a bachelors and masters degree in education.

Terri resides in Memphis, Tennessee with her husband of 32 years, Lance, and their three children.

This entry was posted in announcements and tagged IAC, Conference and Show. Bookmark the permalink.