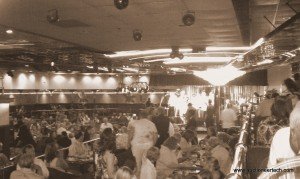 I had a fantastic time in Greensboro this last week. I flew out on Sunday and met up with my good friend Robert Mayo, CAI, AARE, ATS, GPPA-D, to instruct the Auction Technology Specialist class prior to conference and show. 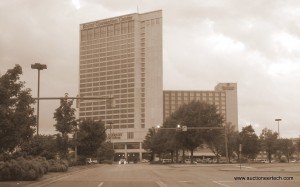 While I was disappointed that the we were provided a keynote motivational speaker after last year’s lovely break,  I can say that Devin Henderson wasn’t toxic like most motivational speakers and his magic tricks in his “Schmooze ‘em or Lose ‘em” presentation were actually entertaining.

This was the first year that the President’s Gala was moved to Thursday evening. It didn’t feel right. When I think of Conference and Show, it’s the gala that stands out in my mind as the highlight. Holding the gala early, and moving much of the content from it to other events, makes it seem less important. The lesser quality gala notwithstanding, the NAA Hall of Fame finds itself with three fantastic new additions. Inducted into the NAA Hall of Fame are Barry Gordon, CAI, AARE, CES; R. Bracky Rogers, CAI, CES; and William Yonce, CAI.

It was a fantastic week. Mechanical troubles with United gave us an extra day in North Carolina, so it’s wonderful to be home, but I already find myself looking forward to the 62nd International Auctioneers Conference and Show to be held in Orlando in July, 2011.