Social networking is one of many buzzwords that has recently risen to fad proportions. It seems that any time the subject of marketing arises, the topic quickly turns to importance of social networking.

The power of social networking lies in the creation of personal relationships. We’ve mentioned before that you should use social networking to increase the social surface area of you, not that of your company or organization. The quickest way to get us to unfollow or leave your group is if you start trying to promote your business instead of simply relating things about you. Solely to illustrate this point, we created our sister site AuctioneerTweet with the only requirement being that the auctioneer accounts must be operated by the auctioneer and the content must not be exclusively about business. 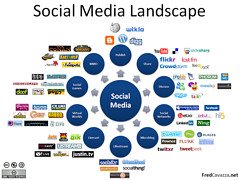 Expanding social networking when you have a poor website is a misuse of your resources. It’s like conducting an auction without having a clerking staff in place. We’re not advocating that you stop using social networking until you get a website or get it fixed, but we are pointing out that it’s important to not get caught up in the hype of social networking and place it above other, more obvious priorities.

Have different thoughts about the importance of social networking? Is it ok to have a bad website? Let us know in the comments.