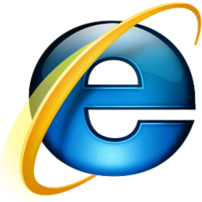 Unfortunately for Microsoft, pre-release versions of Opera and Safari are already bragging a perfect score on the Acid 3 test, IE8 ranks dead last among the most recent generation of browsers when speed is concerned, and a hacker going by the name Nils hacked IE8 on the day it was released (yesterday – though, to be fair, Firefox and Safari were also hacked yesterday).

Microsoft has an uphill battle for adoption. While greater than 70% of Internet users use Internet Explorer, there is still a significant amount of users of Internet Explorer 6. AuctioneerTech has under 6% of its traffic from Internet Explorer 6, but auctioneer Purple Wave has nearly 20% of its traffic viewed with Internet Explorer 6. While most technology sites have much higher numbers for newer and alternative browsers, the rest of the web still has to contend with legacy versions. Now, developers have three versions of Internet Explorer against which to test their websites. This issue is made even more difficult now that IE8 defaults to a web-standards mode that will actually render websites differently, albeit more correctly, than either IE7 or IE6. Users at least have the option of hitting the panic button when pages appear broken in IE8, causing it to fall back to the broken way IE7 rendered pages that most designers accounted for when building the pages in the first place.

New features included in Internet Explorer 8 are accelerators, web slices and developer tools. Accelerators are mashups of sorts that allow direct integration with services like email and mapping. Web slices allow you to monitor updates to a portion of a website without actually going to it. The developer tools, our favorite new feature, are similar to the ever-so-popular Firebug extension for Firefox that allow you to view the HTML, CSS and scripts behind the page and see how they interact by watching changes effect the page in real time.

It’s true that IE8 may be more standards-compliant, faster and more secure than IE7, and that web slices and accelerators are neat new features, but without the plugin community of Firefox or the raw speed of Chrome or Safari or the all-in-one nature of Opera, it’s both something for everyone and everything for noone.

Even if you’re a user of alternative broswsers, it’s important to upgrade your version of Internet Explorer. Get IE8 from the download links on the Microsoft Internet Explorer website before its released as an automatic update in the next month or two.