Aaron Traffas Band to perform before NAA Conference and Show 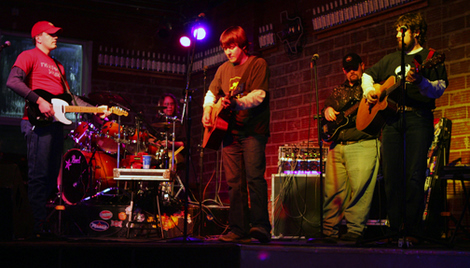 We’re finally back from the combine after a month away from auctions, technology and blogging, and we bring late-breaking news of an event that can’t be missed.

Robert Mayo of Mayo Auction and Realty has graciously offered to host a social event the day before NAA Conference and Show at his auction center in Kansas City. As if that wasn’t enough, he’s also hired the Aaron Traffas Band for entertainment.

The Aaron Traffas Band, fronted by this author, recently reformed with a new sound and new personel. It will be our first show with the new line-up and set list and we’re really excited to make our debut for our auctioneer friends the day before the world’s largest gathering of auctioneers commences in Overland Park, Kansas.

For those of you who are unable to make it to the convention or at least to the pre-convention social event, we’re planning on making a live stream available at multiple locations including, but not limited to, www.auctioneertech.com and www.aarontraffas.com. Tune in to either site at 6:30 p.m. CDT on Monday to catch the action. Follow @traffas on Twitter for more details.