Secunia checks your PC for vulnerabilities

The tubes are full of baddies. It’s not enough anyomore to simply install an antivirus package and pay your yearly virus tax. Antivirus is becoming outdated. Granted, it’s still a requirement for all but the most elite computer users, but in the time of the always-on Internet connection we need to protect ourselves against all kinds of attack vectors. An attack vector is a means by which someone or some automated program can compromise and, in the worst cases, gain access to an innocent user’s computer or network.

Maintaining a constant watch over all of the programs that you may or may not even know you have installed can be a daunting task. Luckily, for the majority of you who are Windows users, a product called Secunia can help put your mind to rest.

Secunia offers three levels of protection. The first level, which is a no-brainer for everone, is a free web scan. Simply launch your Java-enabled browser and it will scan 70 common programs to be sure they’re up to date. If it finds a program that’s not the most current version, it lists it and provides links to explanations of the vulnerabilities in that older version. I wasn’t able to get the program to run under Chrome. Since Chrome requires the latest Java 6 update 10 release candidate, it’s not all that surprising that it doesn’t support everything we throw at it. Just run Secunia’s online scan in IE for now to check your system.

The second level of protection is their PSI – Personal Software Inspector. The PSI is a free-for-personal-use application you download and install. It scans for over 6,900 possible programs to be sure all the software on your computer is up-to-date.

The third level of protection is for business and is called the NSI – Network Software Inspector. It makes it easy to maintain the same level of updates as the PSI but on a multiple-system scale. It costs $30 per system per year.

I pride myself on keeping my software, nearly all of which is open-source, up to date. I have yet to run a scan on a machine where Secunia didn’t tell me at least one package was vulnerable. I’ll admit the business solution is a little steep for the average business, but the web scan is something that you should do right now and once every month. It’s free and crazy-easy and is one more asset in the reponsible computing tool belt. 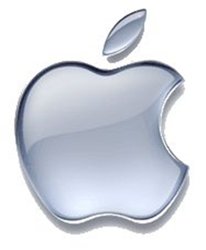 Apple today released new versions of their iTunes software as well as updated versions of iPods. This release was hardly surprising and, as predicted, there wasn’t anything unexpected or widely diverging from the rumors that had been floating around the Internet.

The take-aways are really fewer than I had expected.

iTunes 8 is out and it’s cool. It seems to combine features found in web radio stations like Pandora and Last.fm where it will predict what you would like and automatically associate similar styles of music into playlists. They call this the ‘genius’ feature.

The Nano and Touch have both received a redesign, both in shape and price. The iPod Touch and iPhone have a software update that will be made available on Friday. It’s also free for users of the 2.0 Touch software.

The Nano has an accelerometer, like the iPhone and iPod touch, and also has a microphone on the back. I don’t know if there is a time or size limit on the recordings, but at $199 for 16GB version, it would make a high quality voice recorder for auctioneers to use to catalog merchandise or to record auctions.

The iPod Touch has a speaker. Thank god. That’s probably the biggest feature that was lacking from it. We’ve been using my girlfriend’s Touch as a timer when cooking, and it doesn’t work very well when you can’t hear it ding.

The one feature for which I was hoping in the Touch that didn’t apparently seem to be added is GPS. I had hoped that they would find a way to push this feature into the new models. I’m on the fence right now as to whether I’ll get an iPhone or an iPod Touch. I’m going to do one or the other in the next month or two, and had they put a GPS in the Touch I’d have an easy decision. I may yet have to brave leaving Alltel for the AT&T void that is Kansas. 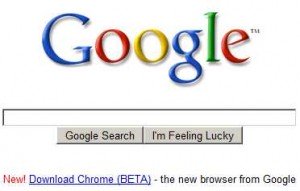 Google today, seemingly confident enough about their new browser, posted a link on their homepage for the download.

While a significant percentage of the news I read over the course of the last week involved Chrome and the browser wars, I’m guessing that the news escaped the average Fox News viewer.

Now everyone knows. Everyone who uses Windows, that is. The link doesn’t appear on Linux. I’m curious why they’re displaying the link on users who are actually using Chrome, as the screenshot to the right was taken inside the Chrome browser. If they’re so worried about their homepage as to sniff for user agent to see that the user isn’t running Linux (and I presume OSX) before displaying the link, you’d think they’d go the extra line of code to only display the link to users running browsers other than Chrome. I’ve already looked at the browser’s agent string – the header line that identifies the browser to the server – and it does list itself as Chrome.

I digress. The beauty of the sparsity of the Google homepage is that the nine words that make up the additional Chrome link represent such a significant percentage of the words on the page that it has the same effect of a big, flashing, yellow banner on any other site.

Google’s page teaches us an important concept. If you want to make a bigger impact on your users, reduce page weight. It’s tough, but we can all agree how effective it can be. Users want content. We should give it to them.

I’m typing away on my Apple slim aluminum keyboard. It’s the one I poured nearly a full cup of coffee into a couple weeks ago. I dried it, wet it, dried it again and when it wouldn’t work I’d left it for dead. A week passed and I tried it one more time and it’s been working well ever since. I guess I bought a pair to have a spare. With all the damn computers around here, I guess it will get plenty of use.

I sold my Cloudbook at last Thursday’s auction. I couldn’t ever get the wireless to work as well as I wanted, though it seems I’m not the only one. The graphics always seemed weak, though VIA just released an open source driver for it.

I’m currently rocking the ASUS EeePC 900 netbook. It’s quite possibly the finest piece of equipment on which I’ve ever laid my hands. I turned it on long enough to hit restart on the Knoppix distribution of Linux so that I could install Ubuntu. I had good luck with Ubuntu-eee as opposed to Eee-Ubuntu. Everything worked pretty much right away. I had to load a different kernel to get the microphone working so I could play with Skype with my girlfriend. I got her an Acer Aspire One netbook as an early birthday present. It’s slightly bigger than my Eee, but the difference in the keyboard size is pretty huge. It also runs Windows XP, which is pretty much a must for her iPod Touch. It was also crazy-cheap, weighing in at $349 at Best Buy.

Both the Acer Aspire One and the Asus EeePC come with either Windows or Linux. A Windows netbook makes a great and very affordable terminal for running stand-alone clerking software at auctions that aren’t at your facility. A Linux netbook is an even more affordable way to make a statement about how cool you are and how much fun you want to have with your computing experience.

Dell has hinted at releasing a netbook, similar to their Inspiron Mini 9, with Windows and built-in 3G, which would be a great solution for web-based clerking software. Imagine being able to clerk an auction wirelessly without having to setup a wireless network.

A primer on advertising for Internet only auctions

The biggest misconception about Internet only auctions is that an item will sell to someone other than the person to whom it would have sold had you used a live auction. It very well may, but if you move completely from a local advertising campaign to a completely Internet-based advertising campaign, you’re bound to see a big drop in participation. Using the Internet to take bids doesn’t mean that the item will sell to Guam or Kansas. The Internet is simply an easier way for customers to participate than driving and spending time at a live auction. If the assets you’re selling are of general use, then they’re more likely to sell to someone across the street than across the state because of the lower cost in transportation or shipping. Unless you’re selling niche items, make sure you have your local and existing possible buyer base covered before you expand your reach to include farther away customers.

The key is to supplement your existing campaign with additional advertising. If your current customers find out about your auctions through paper – brochures and newspaper ads – then you shouldn’t quit using those mediums all together. While it may be an arguably good idea to migrate away from paper ads and postcards in general, doing so only because of an Internet only auction will only mean that your existing customers won’t participate.

The first place to advertise your auction and the items in it is on your website. Whatever Internet bidding platform you select, be sure that the auction and all relative information is posted on your website first. This strategy ensures that you simply have to place lead-generation ads in newspapers and other old-media venues with a link to your website rather than an item-level listing.

Once the users come to your website, do your best to capture their information before pushing them off to your Internet bidding provider. Get their email address. The bigger your email list, the less important other means of advertising become and the less you’ll have to spend on traditional media.

Internet auction calendars are probably the best initial place to post your items. The new NAA auction calendar supports item-level listings, so when you’ve cataloged your auction for Internet bidding you can upload that inventory to the NAA calendar at the same time you upload it to your Internet bidding provider. Other calendars worth mentioning are the calendar for your state association and globalauctionguide.com. They don’t support item-level listings yet, but they will syndicate your content to other listings and many other calendars actively scrape content from them.

Other good places to post auction listings are craigslist.com and Google AdWords. The latter costs money, but if what you have is fairly specialized it can return much more than you invest. Forums related to the product you’re selling can also be a good place for niche items. If you’re selling an antique tractor, there are several websites with forum sections that specialize in antique tractors.

The take-home message is that you should advertise every auction you have, regardless of bidding method, to customers with whom you have a preexisting relationship. They’re much more likely to pay attention to your ads and to purchase from you again. The next most important place to advertise is in venues where someone is looking for items in auctions – namely the Internet auction calendars and the auctions section of the newspapers in the area of the assets. After that, if you still need more, look at places where customers may be looking for items in general – like Adwords and craigslist.com – and try to convince them that an auction is a better place to buy.