The MediaPad M3 is a fast, modern Android tablet

I’ve found that auctioneers are always excited about finding ways to be more efficient. Indeed, some of the best ideas I absorbed in Columbus last month revolved around doing more in less time. I’m a firm believer in the importance of the right tool for the job, and when it comes to reading news, checking email, reviewing PDFs and performing other information consumption tasks, nothing works better than a mid-sized Android tablet.

I was a huge fan of the Nexus 7. It was Google’s first tablet, released in 2012, and the first Android tablet that I felt got it right. I’d used the Acer Iconia and Toshiba Thrive and Samsung Galaxy Tab and nothing seemed to work right until the Nexus 7. It was the perfect size and ran pure Android. The second generation Nexus 7, released in 2013, was even better and with a sleeker, more modern shape. 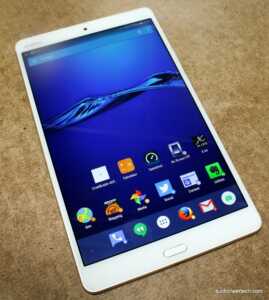 Over the next few years, I bought the Nexus 10 and Nexus 9. Each had problems, mainly that they were quite slow and sluggish. I actually bought a second Nexus 9 when my first one broke because I needed a tablet to control my drone and my Behringer XR-18 mixer for my band. The second Nexus 9 seemed to slow down faster than the first, even after factory resets.

A few months ago, I’d finally had enough of the unreliability of the Nexus 9 and began searching for a replacement tablet. I looked at the Samsung options, but wanted something with an IPS screen and a smaller screen than the Tab S3 offered. I took a chance on the Huawei MediaPad M3 and have been quite impressed.

I’ve never used a Huawei device before, and I was a little nervous placing the order. I knew that it was a premium tablet, even though the name sounds like one of those $50 tablets you can find at your local Quick Trip. Even though I knew that Huawei makes huge numbers of device around the world, their comparatively smaller market share in the US gave me pause. I’m glad I placed the order.

The reason the Nexus 7 was such a great size was that it split the difference between a phone and a full size tablet. As phones got gradually bigger, there wasn’t much of a difference anymore between a 7″ tablet and the 6″ Nexus 6. At 8.4″, the MediaPad feels again like the perfect balance of a larger screen yet not cumbersome like a 10″ tablet. It’s really thin and difficult to hold, though, so I grabbed a kwmobile Crystal Case TPU silicone protective cover and Mr. Shield tempered glass screen protector since I knew I’d be using it on the farm. It’s easier to hold now and I can use the tablet without fear of dropping it or damaging the screen. 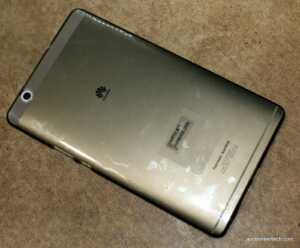 The MediaPad is fast, with specs on par with modern phones. It’s so nice to have a tablet that’s not frustratingly slow. While a new Nexus 9 or 10 feels fast, it doesn’t take long for it to seem slow. I’ve used the MediaPad M3 for the last couple months and it feels as fast as it was when I got it.

The screen is an IPS panel that’s bright and beautiful but not polarized like the Nexus 7 so I don’t have to take my prescription sunglasses off when using it in landscape orientation. The bezels are small enough that, even at 8.4″, the tablet is easy to grab with one hand.

Battery life has been quite sufficient. I don’t carry it everywhere I go, so it’s easy to leave on a charger when not in use.

The front facing fingerprint reader doubles as a multifunction button. Touching it functions like a back button. A long touch is like pressing the home key. Swiping horizontally brings up the recent apps display and swiping up triggers search. There’s also a setting to enable soft keys like a standard Android experience, but I noticed some random bugs so I keep them off. I also quickly became frustrated at how easy the search function is to trigger — luckily there’s an app called SwipeLaunch Disabler that disables the search triggering. 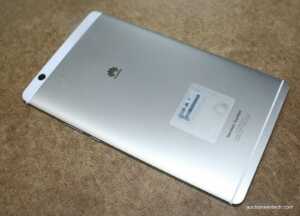 The software on the MediaPad initially sucked. A lot. It runs Huawei’s EMUI, which was every bit as bad as Samsung’s TouchWiz. A few weeks ago, the tablet upgraded to Android 7 and EMUI 5, and brought with it a new notification shade design that makes it very similar to Android devices from other manufacturers. It’s quite usable now, especially with Action Launcher and Gboard.

The MediaPad M3 isn’t without flaws. I really wish it came in a color other than “Moonlight Silver” [read:white] and that it used a USB Type-C port instead of the Micro-USB port. There’s also an issue with the Wi-Fi only working on 2.4 GHz in the US, so it won’t connect to any 5 GHz access points.

Overall, I’m really happy with the Huawei MediaPad M3. I don’t use it to take pictures and I don’t use it to type, though I did type over half of this review on the tablet before finishing up on my Chromebook. It works great with my drone and my mixer for my band and is much more pleasant to read than my phones. Fast, modern Android tablets are harder and harder to find. If you’re looking for a simple, fast Android tablet that’s easy to hold and fun to use, get the Huawei MediaPad M3.