The Uniform Commercial Code, or UCC, is a law that’s common across the country which, among many other things, contains clauses that govern how auctions are to be conducted. I’m a UCC purist, believing that a strict interpretation is the best way to run an auction, even if the common practices in some areas of the country differ from those prescribed by that law.

I’ve recently accepted that there are practicing auction law attorneys who make compelling cases that it’s actually legal to override the UCC with an auction’s terms and conditions, and that it’s okay to do so. However, even if it’s legal and common to override the default, why on Earth would you want to? I’m no legal expert, but I intend to show from a customer experience perspective that it’s better for the bidders, the auctioneer and the seller if “sold” means sold.

The UCC provides a default standard of practice that involves an offer and an acceptance method of establishing the sales price and buyer for an item at auction. The strict interpretation, of which I’m quite fond, is that the auctioneer is the only person with the authority to accept an offer made by a bidder. Once no other offers are tendered, the auctioneer sells the item to the bidder he recognized as making the last, highest offer.

This situation can seem unfair to the second bidder. Because of this specious unfairness, some auctioneers add terms to the auction that allow them to “reopen” the bidding to give the “missed” bidder an opportunity to advance the sales price to become the buyer. This practice of overriding the default way an auction should work creates problems for the bidders, the auctioneer and the seller and, in my opinion, should be avoided.

Bidders should expect auctions from different auctioneers to work similarly. The UCC establishes that default expectation. When an auctioneer overrides that default, he’s creating a set of “house rules” that may be confusing to bidders. Now, I accept that common practice for an area of the country might be the same set of house rules and that bidders from the area may all be accustomed to that same set of changes imposed by most of the local auctioneers, but we can’t expect all bidders who may not be familiar with the changes to hunt for them in the terms and conditions.

Most of the examples given for reopening bidding involve being fair to the missed bidder, but they ignore that the bid caller has said “sold” and established a buyer. That buyer believes he or she is the owner of the item and then is told that when the bid caller said “sold” he didn’t really mean it. The terms and conditions said he could offer the item again to someone else. Even if the missed bidder elects not to advance the bid, the buyer will likely, or at least should, still feel wronged and lose some respect for what should be the absolute authority of the bid caller.

An auctioneer should strive to create an environment where bidders know who is currently winning and at what price, and that if they aren’t sure that they’re winning or not, that they won’t accidentally advance their own bids if they bid again to be sure. If the auctioneer finds himself in a situation where the bid caller and a ringman have indicated to separate bidders that each is the currently winning bidder, then that auction crew has failed spectacularly.

It’s no secret that I’m not fond of ringmen, but my personal feelings notwithstanding, a ringman’s job is very important — to relay bids to the bid caller, not accept them on behalf of him (I understand there may be a state-specific exemption to this job description). If the ringman has given indication to anyone that the winning bidder is someone other than the bidder the auctioneer has recognized at that increment, that ringman has not only performed his job incorrectly, he’s created an opportunity for disaster. Should the bid caller declare the item sold, then at least one bidder will feel wronged by the auction crew, regardless of how the situation is handled.

The bid caller is not without fault in the situation. Any time ringmen are involved in an auction, the bid caller has a responsibility to the bidders and the ringmen to make very clear before selling each item who the currently winning bidder is. I’ve attended too many auctions in my 15 years in the industry where bid callers are either lazy, apathetic or lack the skill to specify in the chant where the winning bidder is before declaring a buyer. 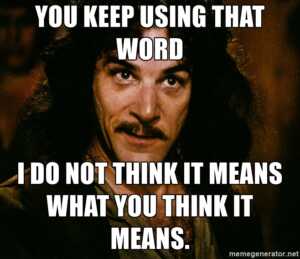 If the bid caller failed to make clear who the winning bidder was before saying “sold”, he then has to choose between being loyal to the the bidder he declared to be the buyer and a bidder who mistakenly believed he or she was the currently winning bidder. I think it’s best for bidders as a whole to trust that the bid caller will be loyal to the buyer with whom he’s already created the contract. I think it’s much easier to explain to a missed bidder than an item can’t be unsold than to tell the buyer that the word “sold” doesn’t mean what he thinks it means.

An auctioneer has a fiduciary obligation to the seller. This set of responsibilities often requires the auctioneer to obtain the highest price for each item sold. It’s this flag that most proponents of reopening bidding wave when defending the practice of modifying the common auction rules set forth by the UCC in order to allow them to unsell an item long enough to see if another bidder will advance the bidding. Indeed, it seems to make sense — our job as auctioneers is to take as many bids as we can, so why wouldn’t we want to establish every set of house rules possible that allows us to take more bids?

In Auction Podcast episode 13 I discussed the appearance of dual agency regarding absentee bids, where I made the case that, on the aggregate, sellers benefited most and would realize higher overall proceeds when an auction created an environment of trust among the bidders — that we work best for our client only when we treat our customers fairly. If bidders believe their bids will be handled fairly, they’ll bid more and higher. The flip side of that axiom is that if bidders don’t have trust in an auctioneer, they’ll be less excited to participate to the fullest extent.

By creating an environment wherein a bid caller saying “sold” doesn’t actually and absolutely create a buyer, the bidders’ faith in the process will likely be diminished. The auction process is a simple one. The more complex we make it, the more difficult it is for our customers to understand and participate. By adding house rules that increase complexity above and beyond what’s established by the UCC, we’re creating opportunities to depress bidder participation and, thus, not being true to the duties we owe our sellers.

I’m not a legal expert, and I hope I didn’t get too far into the law here. There are heated discussions on the book of faces that are picking the legal arguments apart on both sides, but I posit that it’s not really a question of law but of how we treat our customers. I have spent countless hours thinking about and writing about the customer experience at auctions. Whenever I think about the issue of reopening the bidding, it’s clear to me that doing so ends up having a negative impact on the experience for bidders, the auctioneer and the seller.