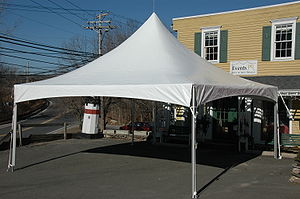 Cars and trucks are very important to the modern auction business. The ability to travel to a seller’s location to meet with him or her is crucial to any auctioneer’s ability to book an auction.

The problem is that vehicles break down sometimes. Sometimes they don’t start quite right, run quite right or have one of any number of other problems. While there are many other places to have vehicles fixed, and it’s hard to find a town without at least one local mechanic, many auctioneers bring a vehicle to the convention and it would be great if we could figure out a way to help members with vehicles that don’t run quite right as a benefit.

Most associations have a few members who are currently or have been mechanics. These members not only use cars in their businesses, they also are good at fixing cars and helping others. I’ll bet these members would be happy to donate their time at the convention to work on cars. I think it’d be great if we could set up a tent for a few hours to let those auto-savvy auctioneers with a little wrench-turning experience and know-how help the other members who lack the ability to work on their own cars. Walk-ins would be accommodated, no appointment would be needed.

This entry was posted in services and tagged technology tent. Bookmark the permalink.