Digital payments and the payment revolution 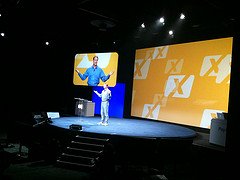 PayPal has a bad rap among auctioneers. When polled during education courses, very few auctioneers admit to using the service due to reasons ranging from the fee structure to the preferential treatment of buyers during disputes to the simple fact that they don’t like PayPal’s parent company, eBay.

All of these reasons to avoid PayPal notwithstanding, we feel that the times are a-changing with regards to electronic payments. The remaining days of the daisy-chained transaction fees charged by vendors and merchants and banks and credit card companies on every single transaction are waning.

Twitter cofounder Jack Dorsey‘s latest endeavor, Square, allows credit card transactions to be completed on iPhones. Imagine buying Girl Scout cookies and having your credit card charged by a 13-year-old at your front door. Paying digitally for smaller-value transactions will – and must – become second-nature for us as these technologies mature.

PayPal is opening up its tools in order to evolve from it’s current function as a payment option to become a transaction platform. These tools, called the Paypal X Developer Network, allow developers with great ideas to use PayPal’s tools to make payment processing easier and cheaper without having to know how to transfer money or deal with the bureaucracies inherent to banks and financial institutions.

Just as the credit card revolutionized the way we pay for goods and services by replacing cash, this new crop of digital transaction technologies leveraged on PayPal’s tools will affect the same type of revolution, not by interfacing with or serving as credit cards, but by supplanting them.

Five years ago, the concept of paying bills on the Internet was downright foreign and scary for many users and service providers alike. Some users still avoid electronic commerce, but most banks and service providers now support it – some even incentivize it by taking a couple of dollars each month of the bills of users who use automatic electronic payments. As more and more Americans accept the convenience and security of digital transactions, there will come a point in the not-so-distant future when an auctioneer who only takes cash, checks and credit cards will be leaving money behind from potential customers who no longer utilize any of these outdated forms of payment.