12:25
Leaving now for Abilene, Kansas, to the Kansas eastern region bid-call contest. This is our first event with CoverItLive, so we’ll see how it works! More within the hour!
1:24
Nearly to the fairgrounds. 7 contestants to compete. I’ll post a roster when I get there. 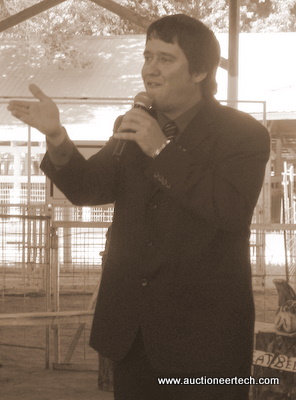 1:55
Lance Fullerton, John Kisner, myself and three other contestants. One no-show…looks like six total.

2:39
third to sell is Dan Bales from Garden City. 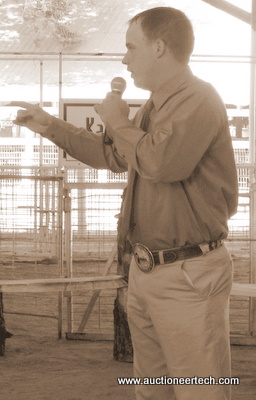 2:54
The PA system here in the barn is pretty aweful, but the simplified scoring system and lack of a finals round means we should have results soon!

2:58
Three judges are all from KAA hall of fame.